Difference between revisions of "AGIWiki/WORDS.TOK" 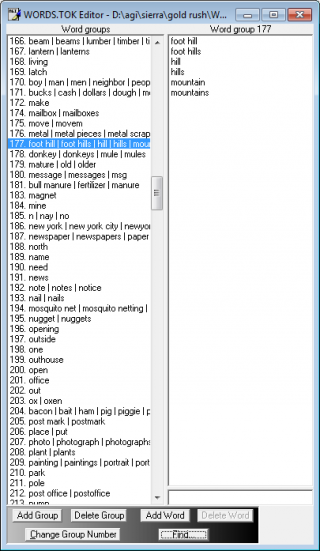 The WORDS.TOK file is a game-specific file that contains a list of the words that an AGI game recognizes. Each word in the file is a part of a word group, and each word in a word group is considered a synonym for every other word in that same group.

For example, if the words "look" and "examine" are both part of word group 20, then the AGI game will consider both of those words to mean the same thing. This organization allows an extensive list of words to be recognized by the game without the logic programmer having to worry about cluttering the code with each possible synonym.

There are three special word groups: