Wizaro was my third attempt at an AGI game, following the loss of Mental Conflict (AKA Mind Quest) and Lord of the Rings.

It was going to be an AGI Quest For Glory game with even more humor, huge areas of land and other countries and a rune-based spell system.

Set in the realm of Nichs-Fabinterp (NAGI), the hero Seth has learned his first spell, Flamgig. It is used to ligh up dark rooms. In return, he must gather three magical reagents for Llewelto's potion. Upon Seth's return, it turns out that Llewelto has been kidnapped by gargoyles and taken to the distant land of Farawae. You must save him by taking his magical book (which allows you to learn more spells with experience) and trekking North to Farawae.

I think that when I announced the game it was compared to Serguei's Destiny. Of course, when I released the first demo it contained no player stats, spell or fighting systems and 1 NPC.

I've been working on another game called Spell Swords which contains many of the features I designed for Wizaro, but a different storyline. When it turned out that Spell Swords was going to be better (imo) than Wizaro, I abandoned this game.

Who knows? Maybe when Spell Swords is done, I'll continue working on this game. 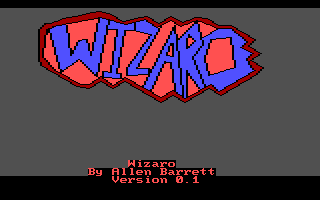 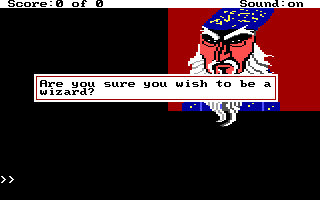 * groan* Before I had any skill of my own, I "borrowed" things from games. 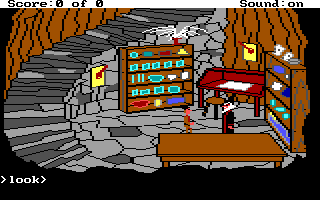