Windows Linux AGI Studio requires Qt Non-Commercial Edition for Windows, which can be downloaded for free from TrollTech. In addition, you will need a Qt-compatible C++ compiler (Microsoft Visual C++).

QT AGI Studio is covered by the GNU General Public License (GPL) (a special exception made for linking to Windows Qt, which is not GPL). 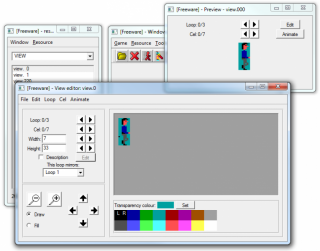